In a previous post, I wrote about Olinuxino modules, the computer boards from Olimex.

Now let’s configure, step by step, an A10/A20 Lime to act as a server with Debian. The goal is to leave it working 24×7 unattended. The model in my case is an A10 Lime, with 512MB RAM and without Flash memory. 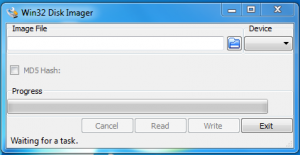 Well, let’s get into flour (I don’t know if this expression exists in English,…) We will use the official Olimex image, we can download here. The official image comes with, maybe, too much extras, also, the kernel comes with graphic subprocessor activated, so we will have a little less power available. In next posts I will explain how to create a minimal image, with a minimal kernel compiled. If we are working from Windows, we will need Win32Imager to flash the micro SD. The process is very easy, just decompress the image (in .7z) and flash the microSD with, at least, 4GB capacity. If we have Linux, we’ll use dd:

/dev/sdX will be the volume representing our SD reader. It’s recommended to use a Class10 card, so the system will be faster. 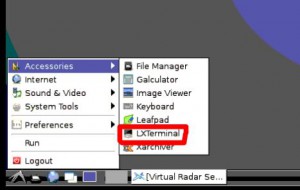 Once the microSD is flashed, we can put in the Olinuxino slot and power up the unit. Pressing the power button will boot up the unit. Connect a monitor via HDMI and a mouse and keyboard using the USB ports. The official image comes with eternet deactivated, so we can open a terminal and write the following:

The network will power up and will ask for an IP from our DHCP server (usually the router). To know the assigned IP, just ask the router (will apear as «a10lime») or enter the following command: 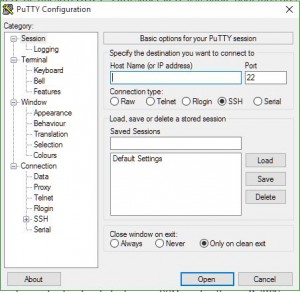 In the «eth0» information we will get the assigned IP («inet addr» field), in our case it’s 192.168.0.5. Once we know the IP address, we can put our «miniserver» in the place we want, and manage it remotely. We will connect by SSH. From windows the usual application to connect by SSH is PuTTY.

Putty hasn’t got any mistery: just enter the IP address from our Lime, and click «Open». A black window will appear asking for an user and a password: root / olimex.

The very first step is to change the root password. Just need to enter this command:

It will ask for a new password and a confirmation. Once finished, let’s…

Next step will be configure the network from our server. As if we leave it configured by DHCP, maybe our router can change the IP in the future, and we don’t want to lose the contact with our lime!. We can configure an static IP from two different ways: configuring DHCP to reserve an address or configuring  manually an static IP in our Lime.

For the first option, search for your router’s manual, but it is usually called «Address Reservations», you will need the MAC address from the Lime’s network interface. The last command told us:

If we want to manually configure an static address in our Lime, we will need to edit the file /etc/network/interfaces

This is how I have the file configured, just change the values according to your network:

After that, press Ctrl+X, nano (the editor) will ask for a confirmation to write the file, just press «Y» and enter, then reboot the service with the following command:

If we’ve changed the IP address, Putty will disconnect. Once we have the network configuration ready, let’s go to the next step:

In the sixth step, Lime will access the Internet, but it’s convenient to secure SSH first in order to avoid attackers to access our little server. It’s an own decision to allow SSH from Internet, I don’t think it’s unsecure, but you must take care about it and follow a few steps:

Well, our little server is more secure than 15 minutes ago (we will complicate the things more with iptables and fail2ban). Now let’s start our first service in our Lime: a web server. Modern Linux distributions come with their own «package manager» to install things on it. Debian uses «apt». Until now we haven’t used it, so let’s get into the mess (another spanish phrase…):

This will execute first apt-get update (update apt repositories) and then apt-get upgrade (update all installed applications). After a few connections, it will ask for confirmation to install the upgrades. Just answer yes. Sit down and relax while they install, probably there will be a lot of them… Once finished, let’s install our web server. It will be nginx:

«Hey man, I use Apache»: say thanks to not install μhttpd. The available resources in the Lime are very limited, and we need a very lightweight server. One could write rivers of ink on which is better, Apache or Nginx, in fact, it depends on the funcionality, but it’s not the subject of this post… Well, while we were arguing nginx has been installed. Let’s start it:

Now we can open a web browser and access the URL http://ip-lime/, should appear an image like this: 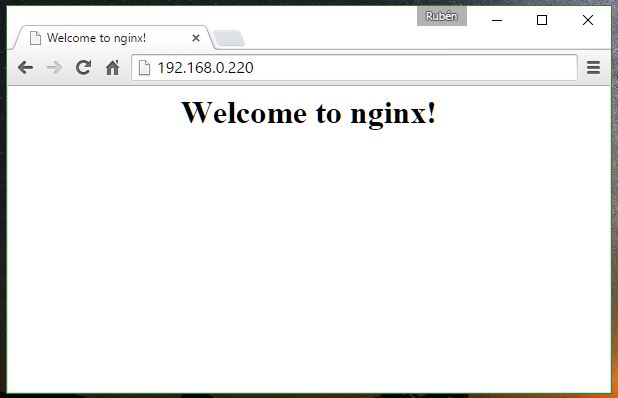 Well, our web server is up and running. The next is to open the 80 port in our router to make our web available to the world. In next posts will explain how to configure a server to host a php site like WordPress. Also, will add a mail server to our Lime, to have the electronic mail on it.

This website uses cookies to improve your experience while you navigate through the website. Out of these, the cookies that are categorized as necessary are stored on your browser as they are essential for the working of basic functionalities of the website. We also use third-party cookies that help us analyze and understand how you use this website. These cookies will be stored in your browser only with your consent. You also have the option to opt-out of these cookies. But opting out of some of these cookies may affect your browsing experience.
Necessary Siempre activado
Necessary cookies are absolutely essential for the website to function properly. This category only includes cookies that ensures basic functionalities and security features of the website. These cookies do not store any personal information.
Non-necessary
Any cookies that may not be particularly necessary for the website to function and is used specifically to collect user personal data via analytics, ads, other embedded contents are termed as non-necessary cookies. It is mandatory to procure user consent prior to running these cookies on your website.
GUARDAR Y ACEPTAR